We woke up the next morning to another absolutely beautiful day.  Salkantay, which had been shrouded in clouds the evening before, was visible through the window of our room and was completely spectacular.

We got to sleep in a little bit (till 6:30), and after a good breakfast and saying goodbye to the staff, we headed out into this. 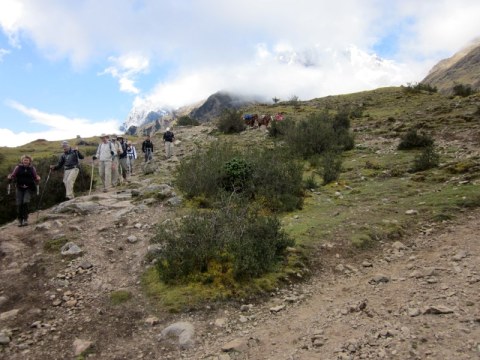 As we dropped further and further the vegetation became more lush, and eventually we started seeing small villages and huts along the way.  About 2 hours in we took a break in front of a home on the path… 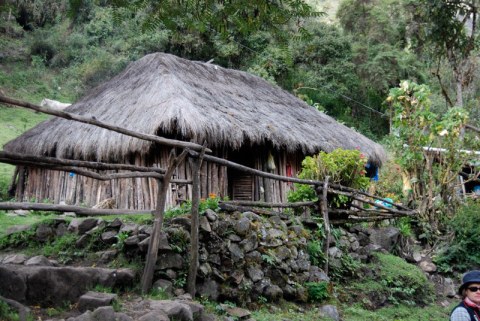 …where this couple lived. 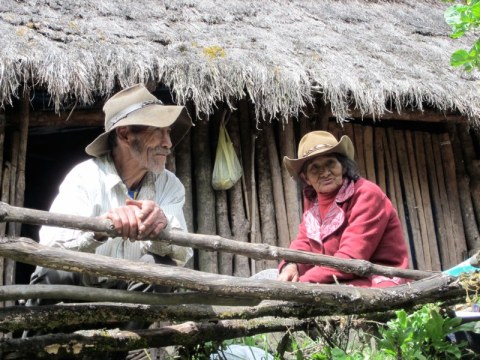 We (meaning the guides) talked to them for a while while the group regrouped. They asked how to say a few things in English (we practiced “have a nice day”), then we were on our way again, across a few waterfalls…

…and out of the altitude.  Everyone (literally) breathed a big sigh of relief.  Eventually we made our way down to the river running through the valley…

…went over the saggy bridge and up the hill to Lodge #3. 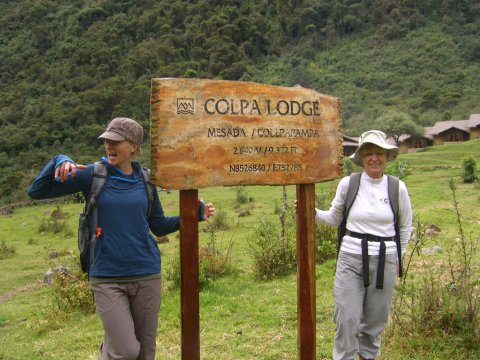 We arrived to a whole meal of guinea pig and other local cuisine.  After a delicious lunch of local produce and guinea pig (yes, I ate some…Susie refused), we had some time to hang out.  Some people sat in the chairs in front of the lodge…

A few people played volleyball with the staff… 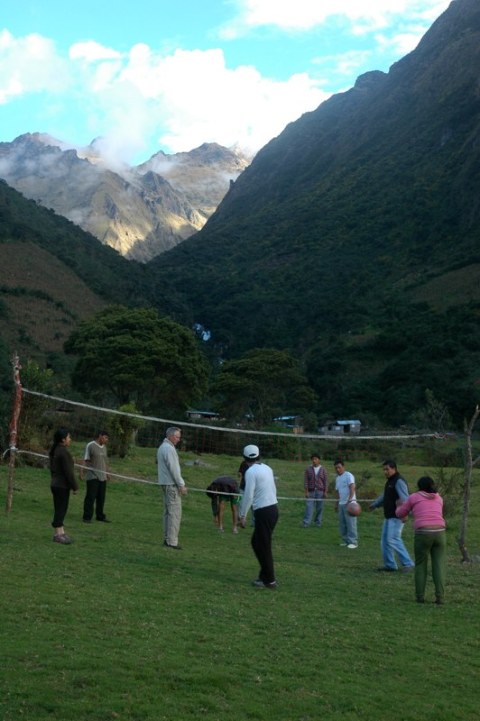 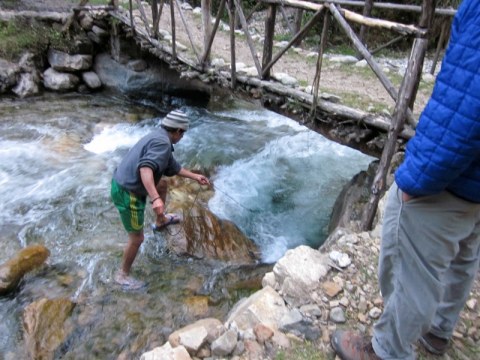 …with a piece of string. 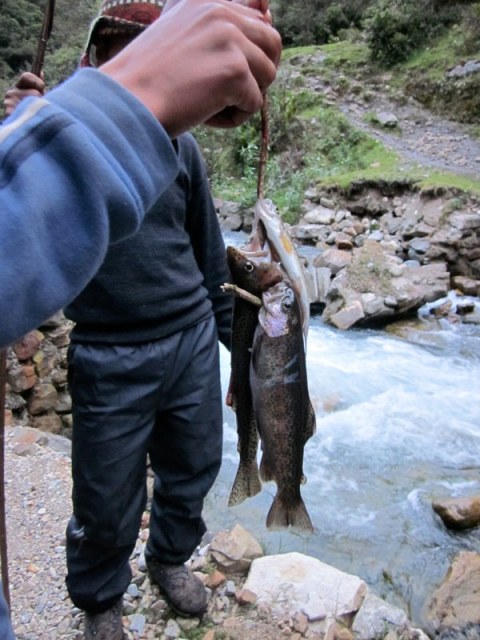 Directly across the valley from our lodge was a pretty significant landslide, and we spent the better part of the evening watching two cows slowly slide down the side of the mountain.

(Apparently landslides weren’t uncommon in the area, in the opposite valley across from the lodge was a town whose name literally translated to “Big Scary Landslide.”)

That evening, after a delicious dinner (and a few drinks), some of the staff performed a traditional dance for us involving a creepy mask and a whip. 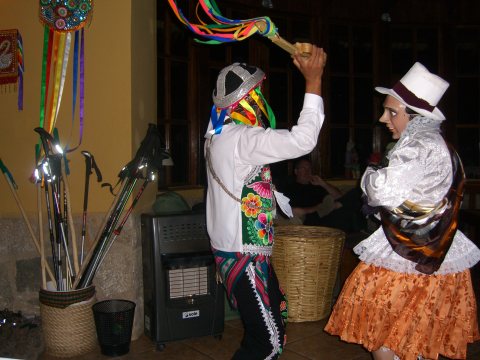 Masks are everywhere in this region of Peru, there are festivals in a number of towns that involve dancing for days wearing masks.   There is even a town named “Black Underwear” because of one of these festivals held there and all the women wear masks and short skirts and do this dance where they flash their underwear, which is black (obviously).

So, naturally, there were masks lining the wall of the lodge.  A guy in our group named Bob really liked one of them. 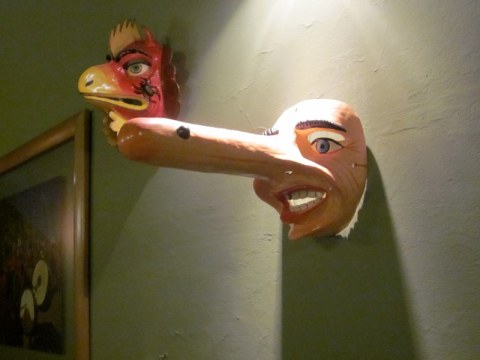 Next up: Day 5–Into the Cloud Forest and the Mini-Bus Ride of Terror

§ 4 Responses to Day 4: The Downhill Begins

You are currently reading Day 4: The Downhill Begins at Rambulatory Ambulatory.