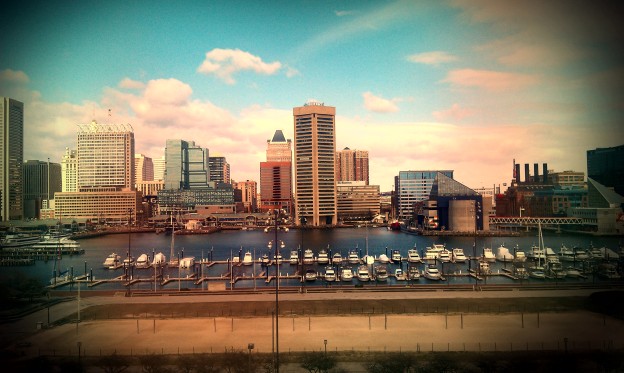 {the city, from park across the street from Molly’s apartment}

Last weekend Paul and I hopped on a quick flight over to Baltimore (which has its own official webpage, if you were wondering) to surprise Joe for his 30th bday. 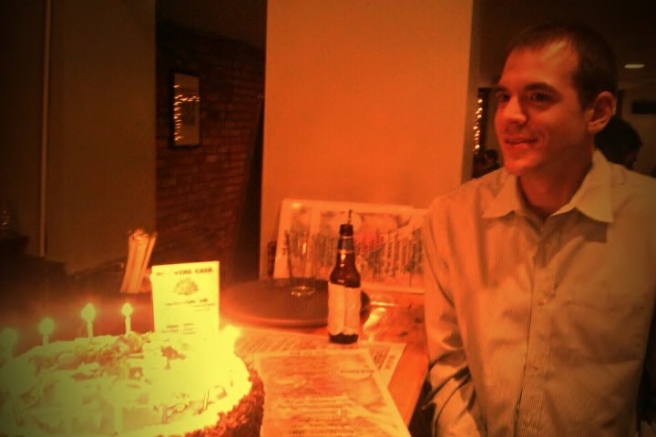 When my sister moved to Baltimore last year and started raving about what a great place it was to live, I was like, whatever.  I’ve seen The Wire.

Welp, turns out Baltimore is kind of awesome.  My sister and Joe live in Federal Hill, where there are approximately 400 really fantastic restaurants and bars within walking distance of their apartment.  The neighborhood sits right on the bay, it’s a 15 minute walk from downtown, and craft beer abounds. 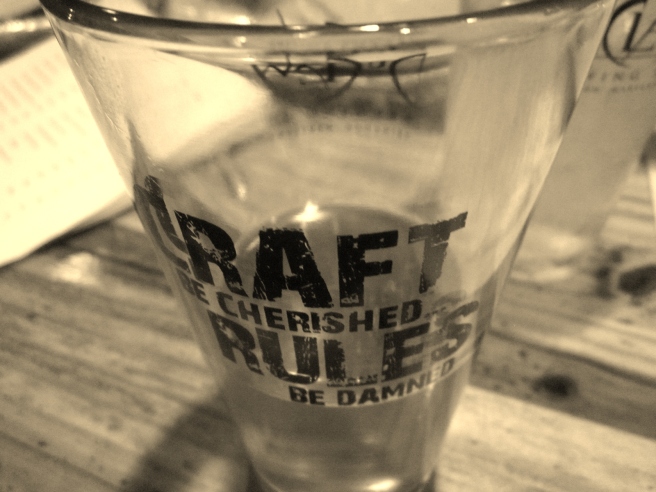 They also have crab tots, which are just as delicious as they sound.

My roommate from freshman year of college, who I haven’t seen in like 8 years and who also happens to live in Baltimore, picked us up from the airport, which was beyond fantastic.  Molly took a pic of us, but it was taken in the rain, in the dark, and we both look like corpses.  So I’ll spare you.

Molly put together a little shindig on Saturday night for Joe, which was great.  A few people we knew when we were kids from SB who just happen to live in B’more showed up: 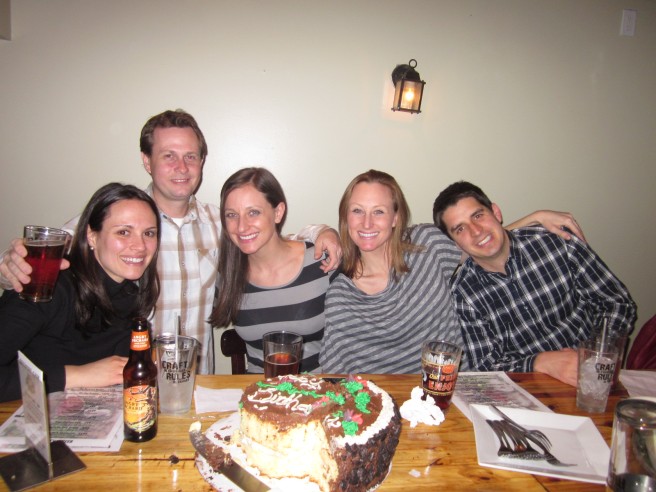 …and at the end of the night Molly ran home with what remained of the monstrosity that was Joe’s birthday cake. 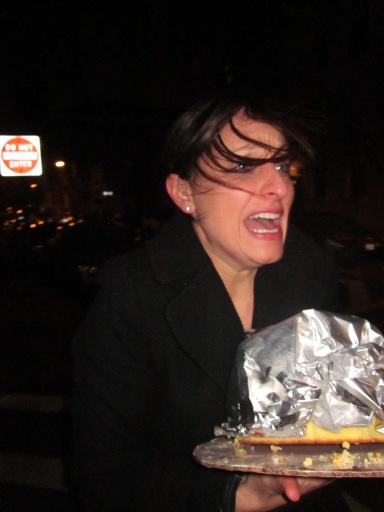 The next day was really cold and windy.  Molly had to leave early for Texas where she’s doing some pre-deployment training, so Joe, Paul, and I wandered around the city… 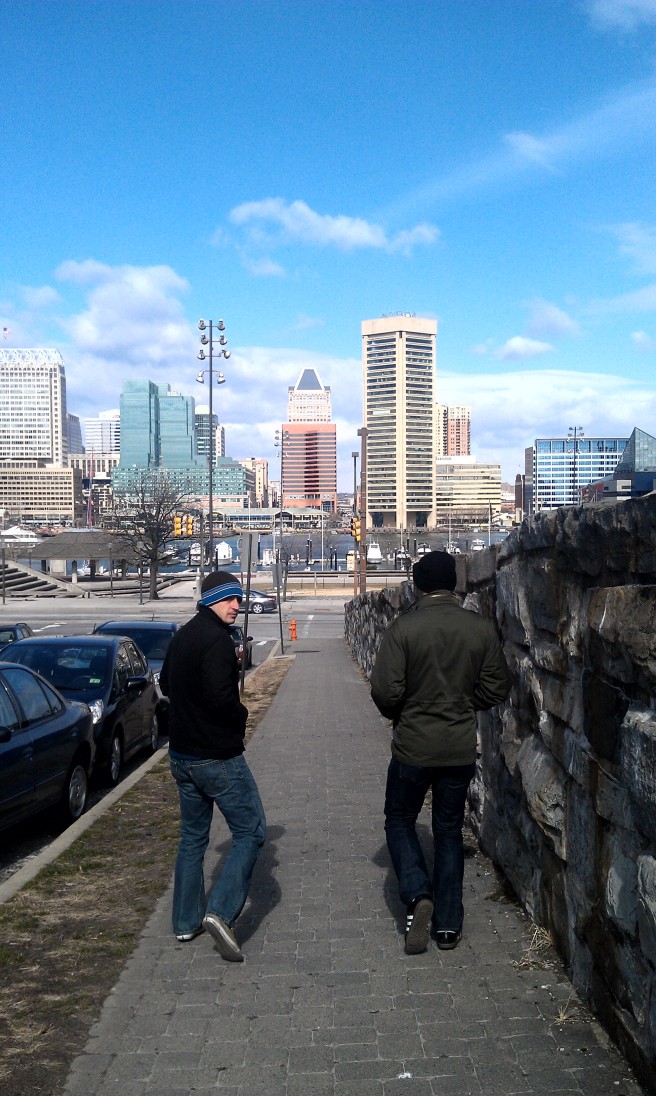 …stopped by a car show, where this happened… 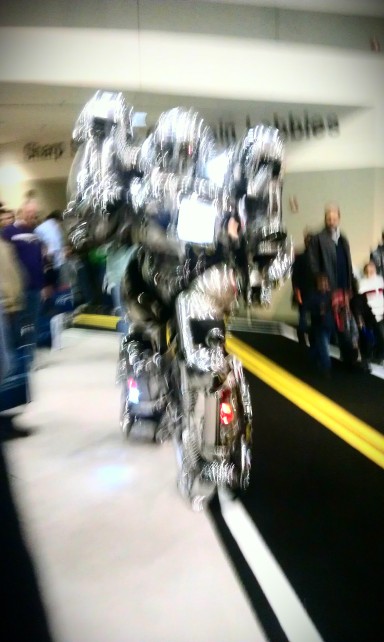 (it started coming at me as I took the picture, scared the crap out of me).  And we ate some crab tots.  Then we flew home. 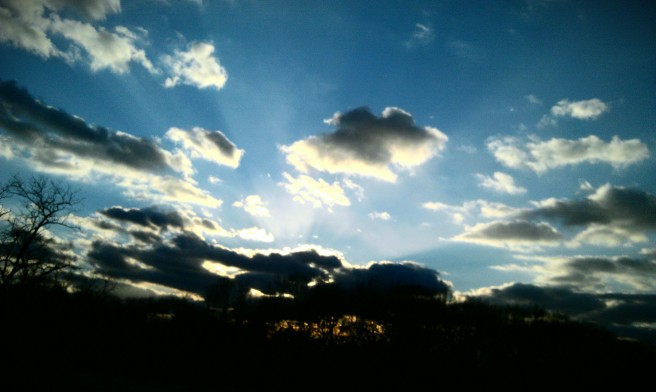 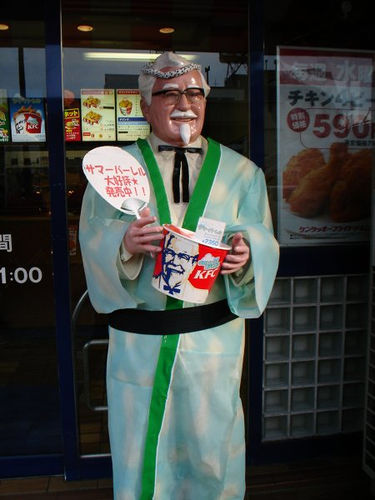 An email from Margaret, who is currently working over in London for a few months (lucky):

So my friend Susie is doing what I”m doing work-wise, but in Osaka, and for a year.  She goes to visit a friend in the burbs outside Osaka and writes me this – (and see attached pic)
“then today we went to this hilarious (but good) place called U.K. diner.  i figured it was british food but instead it was a university of kentucky themed restaurant!  UK gear all over the place and a motorcycle inside and american food!”
i mean that’s amazing.  i have no idea what the link between japan and U Kentucky is, but it’s strong.  Meg – I wonder if they televised the NCAA game there and all wore jorts???!!!
Attached picture below: 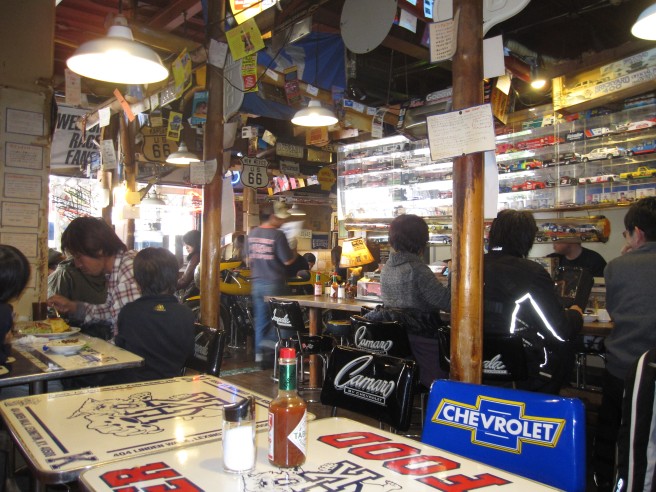 Yes, those are NASCAR cars, trucks (I just learned there is a NASCAR truck series), and big rigs lining the walls and a Camaro chair in the forefront.  The allure of Kentucky culture knows no bounds.
November 19, 2011November 30, 2011 ~ meh ~ 2 Comments 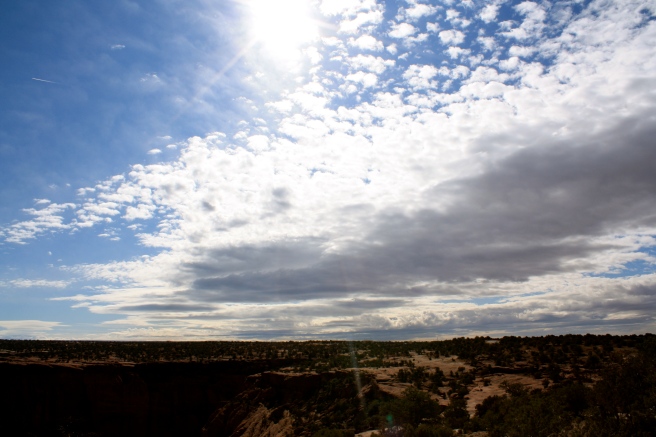 About a year an a half ago one of our very best friends from college moved with her husband, who is a doctor, out to the middle of the Navajo Nation in Arizona so he could work at the local hospital. Last Thursday three of us met up in Albequerque and made the four hour drive out to Chinle (pronounced chin-lee) to visit the two of them along with their two year old daughter and brand new baby, who was born in September.

Our hosts were gracious enough to let us stay for three whole days (God knows why).  Our weekend consisted of: 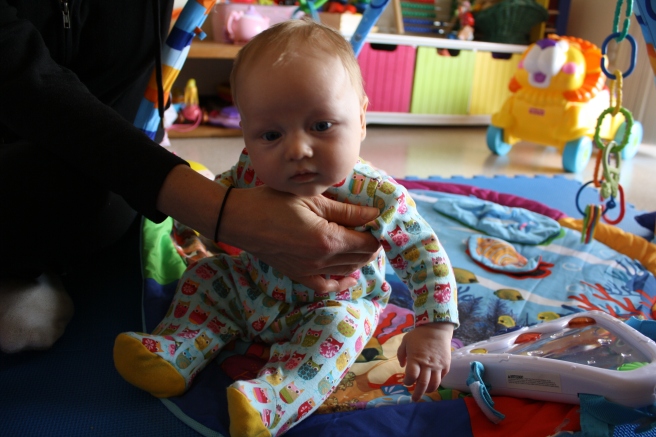 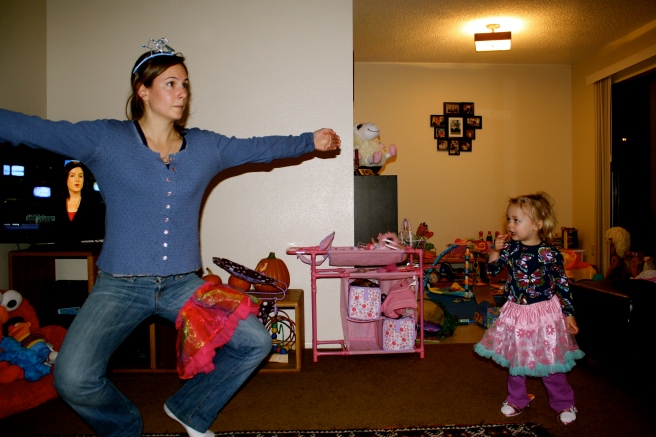 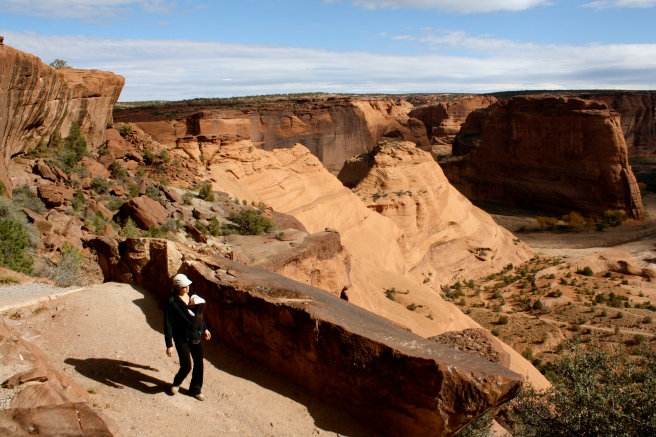 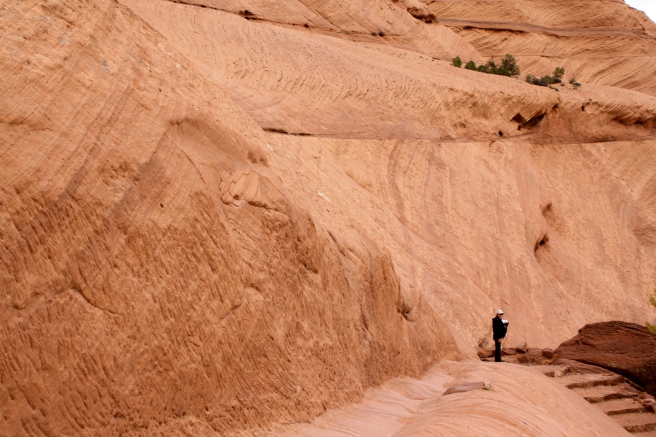 to the bottom of canyon de chelly 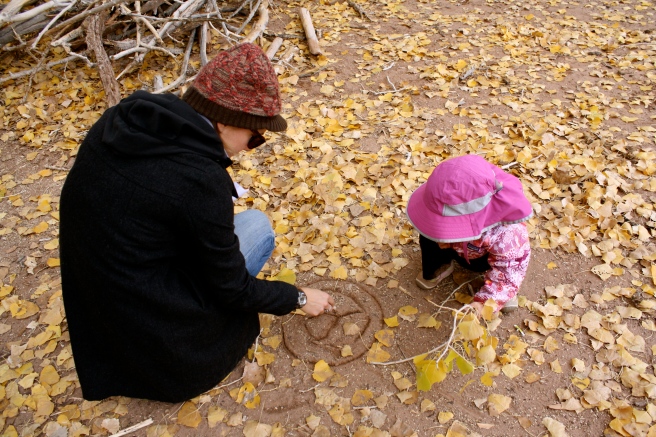 playing in the dirt 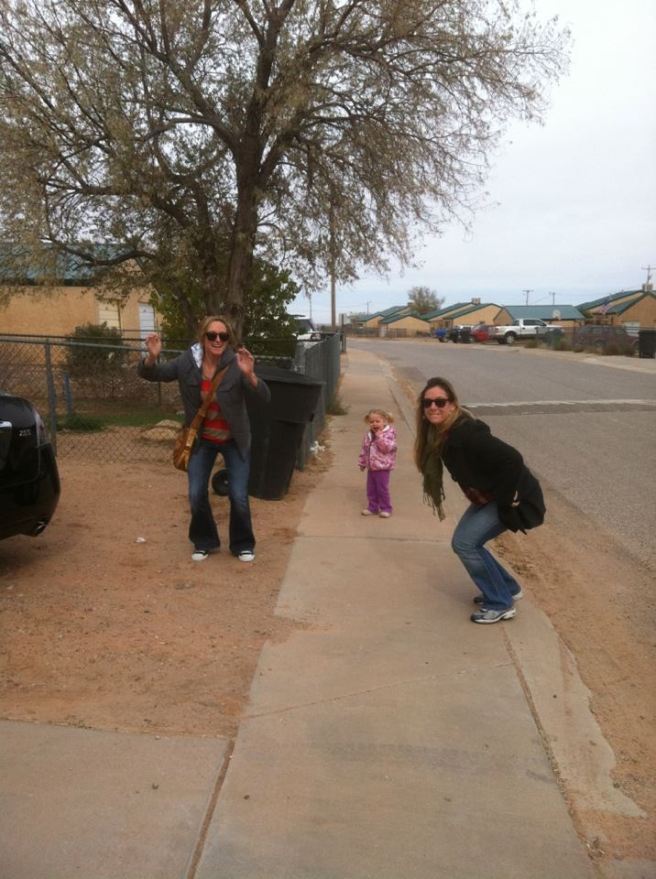 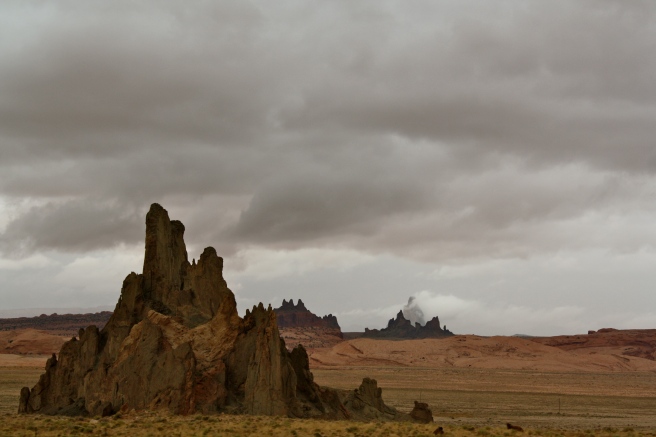 a drive through the desert 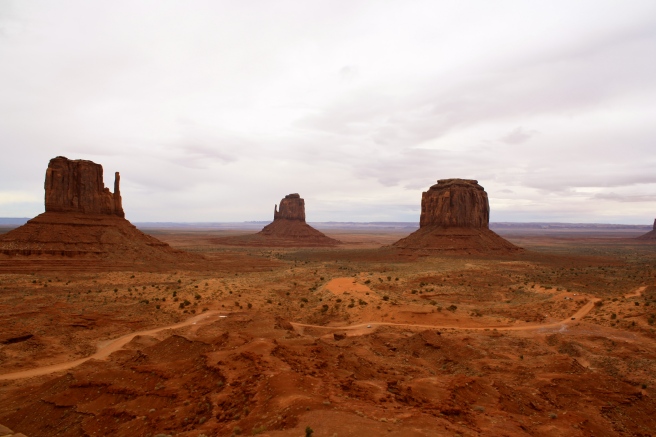 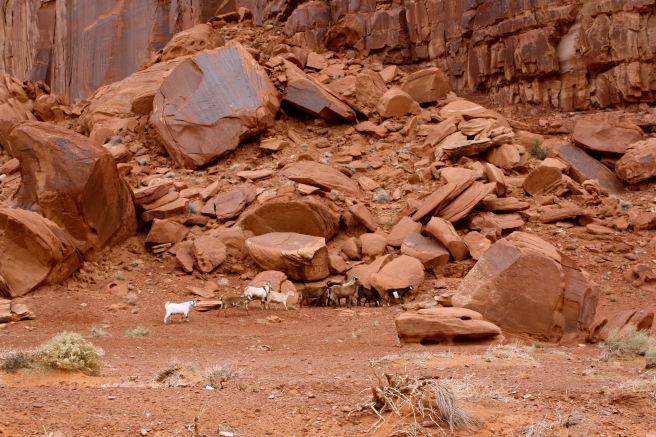 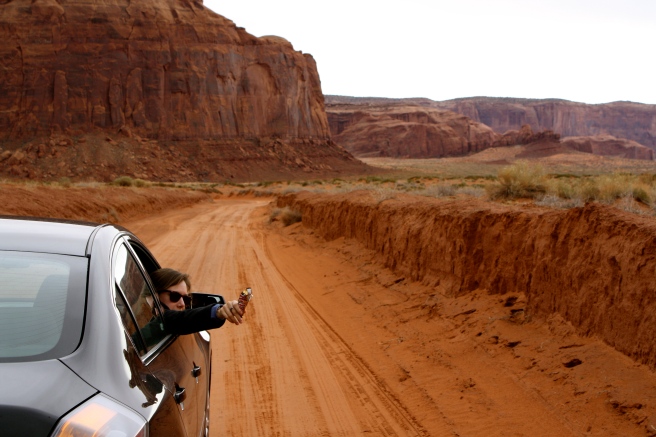 your “friends” will drive about 8 miles an hour 5 feet in front of you so you can’t get back in the car, which is really fun 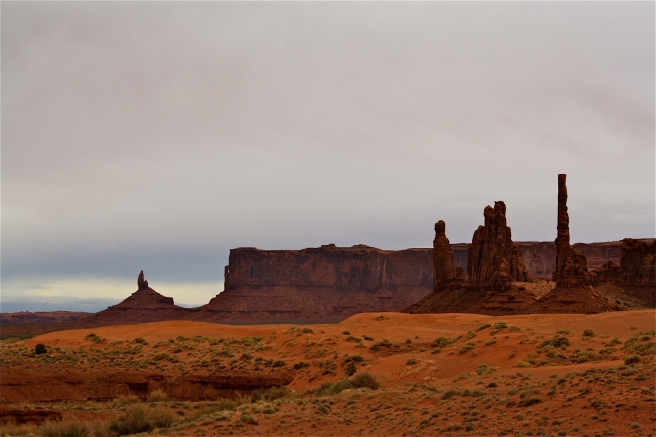 there were some amazing rocks 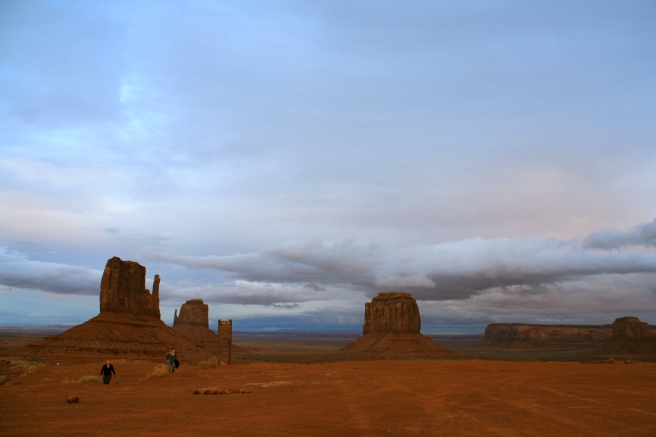 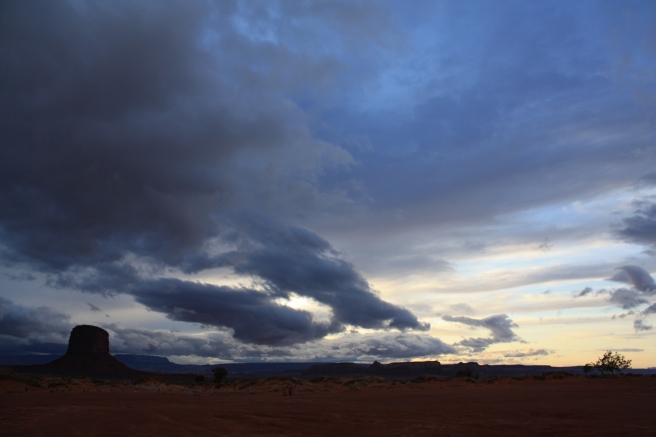 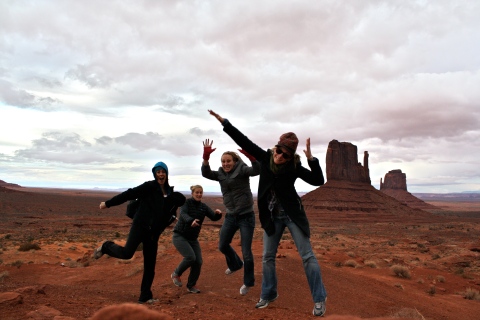 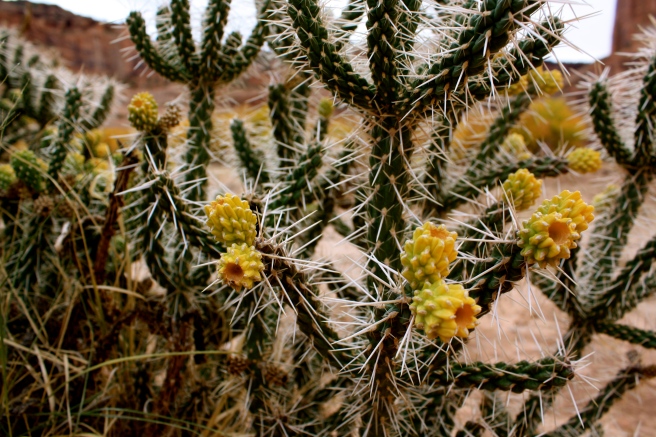 it was a fantastic trip. i miss everyone. thanks to paul and lisa for hosting. more pics to be posted here shortly. 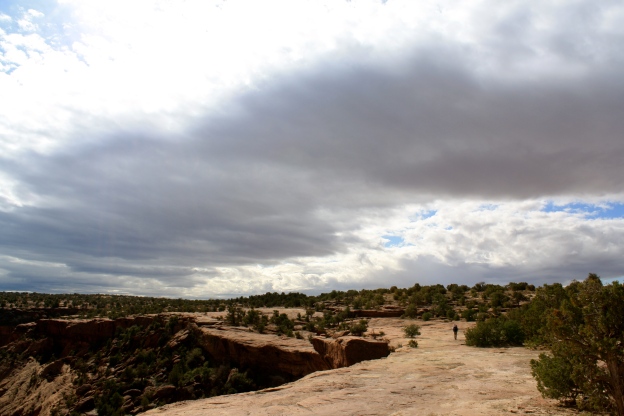 …and I’m back from the Rez!

Arizona/New Mexico/Utah was cool, got back in last night around midnight.  So waking up this morning was fun.  Pics from this weekend to follow shortly.  But in the meantime, this is neat.  Yesterday Twitter released a video visualizing all the tweets around the world mentioning 11.11.11 (each “1” signifies activity referencing the date, the size of the 1 correlates with the volume of tweets.)

Pretty cool to watch the 11:11 wave ride across the world (can you tell which countries don’t use the 24-hour clock?) 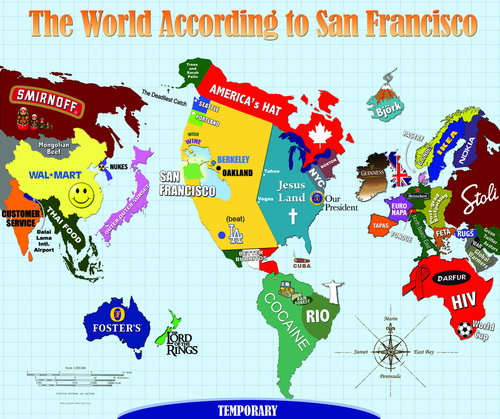 Let me tell you, winter has arrived in Jesus Land.  It is freezing and there is a chance of snow–yes, SNOW–on Friday.  Time to find a winter coat.

(I’ve seen this a few times, most recently pulled from generic.)

so addicting.  canada and china kill me every time.