Last week we went back to Kentucky for a very special wedding. 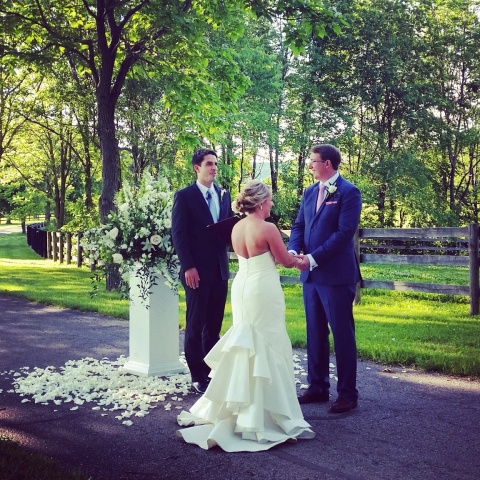 It was absolutely beautiful, and a great party.

I was only in Kentucky for about 48 hours, not long enough to do much except wedding.  Post-wedding we left our terror in a tutu with Opa and Nana and headed, just the two of us, to one of my MOST FAVORITE places.  NYC.

I lived in New York for a couple of months after graduating college.  I have very fond memories of my time there. Weird things make me nostalgic…the sound of squealing train brakes, navigating the crowds in Penn Station, even the smell of the subway gives me little excited shivers.  I feel like every time you step out your door it’s a mini-adventure.  I love New York.

Paul had never been.  So we went all over. 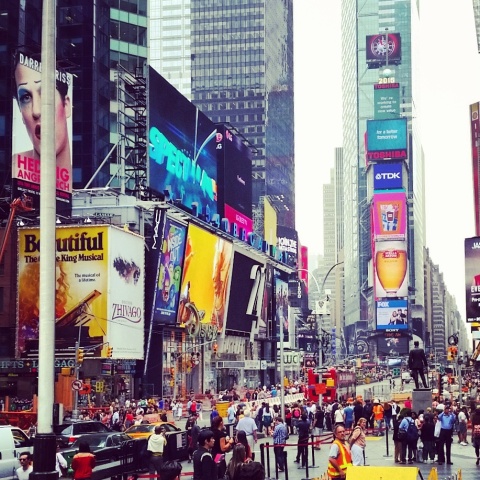 We even took the train into New Jersey so Paul could say he’d been to that tourist trap (aka we went to my college reunion.)

But for some reason, this time around, a lot of the old heartstrings weren’t pulled the same way they usually are.  Maybe it’s because Paul was with me, maybe I’m getting old and my sense of adventure is dwindling, maybe it’s that those days a getting further away, the memories a little fuzzier.

When we got back on a Sunday there was the normal post-vacation hangover and sense of dread for the upcoming work week.

But our first night home I noticed, for the first time, how quiet our street is.  When I opened the windows of the house, the smell of basil and lemon blossoms wafted in.  I didn’t even curse when, at 2am, I tripped on the training toilet sitting on the floor of our bathroom.

New York is awesome.  Kentucky is beautiful.  But sometimes there’s just something about coming home. 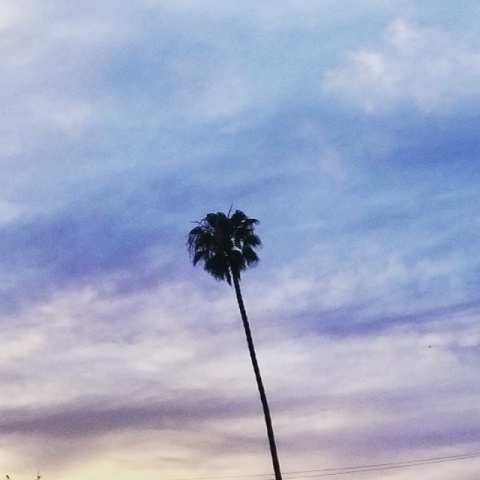 last run at the arboretum. no filter needed.

Today we head back west. Of course we are excited…great opportunities for Paul, and California will always be my home.  But Kentucky has been good to us.  A lot has gone down the past 4 years.  It started with casts.

But then things got better.  And there was Spike 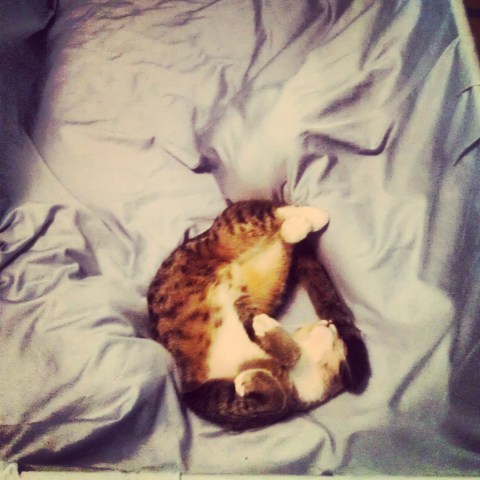 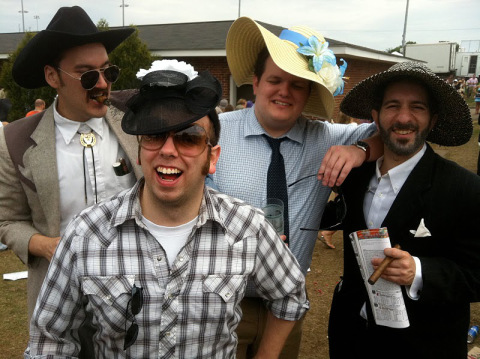 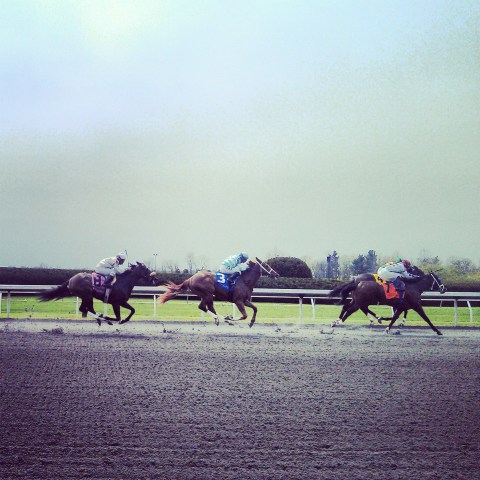 And running for bourbon! 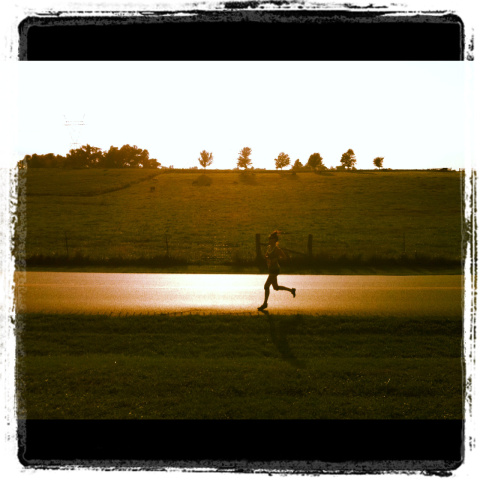 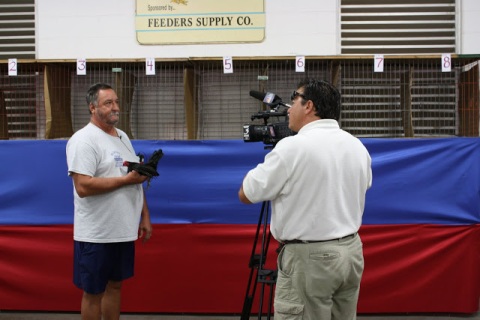 And horses on farms 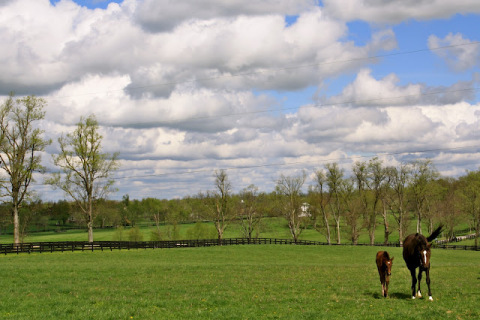 And the air smelling like roasting peanuts when the wind is right (thank you, Jiff factory). 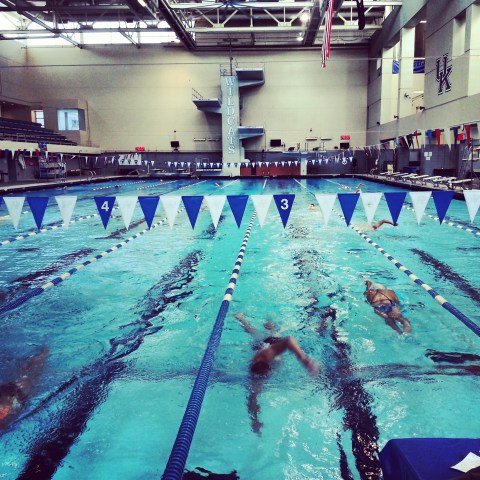 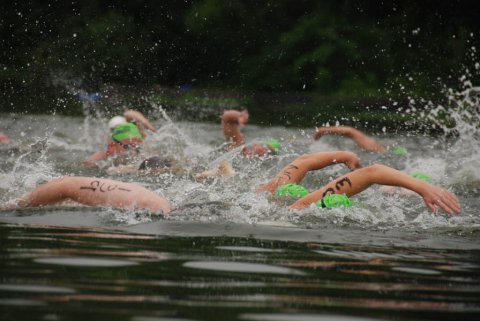 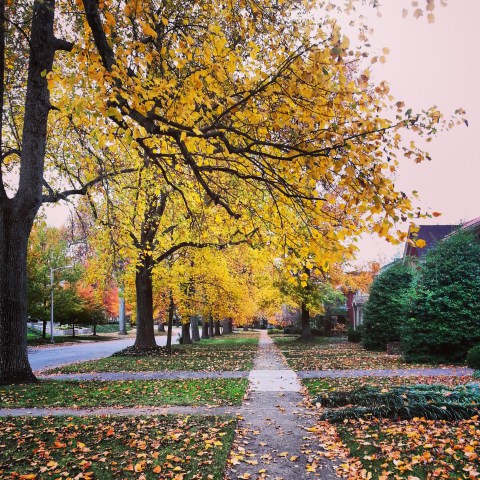 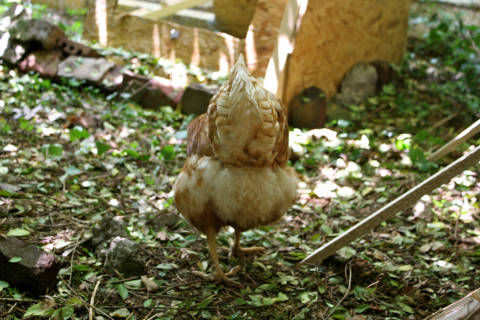 (and their untimely deaths) 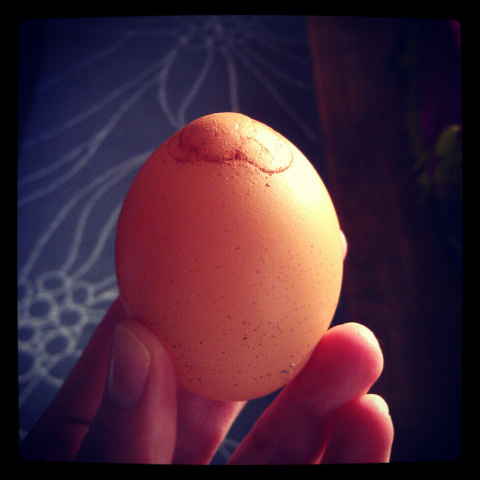 And, best of all… 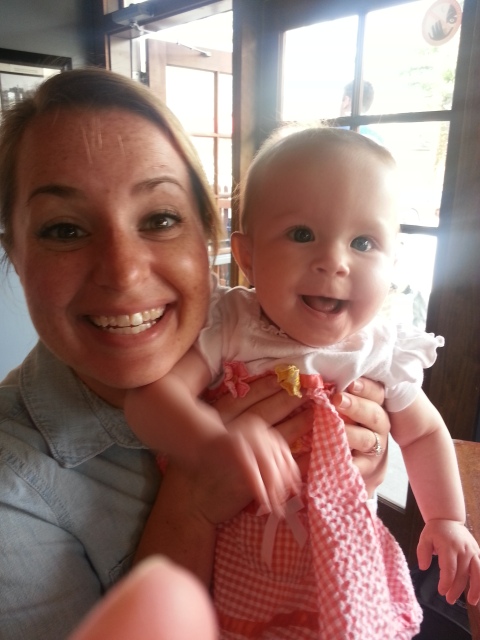 family.  It’s been so nice to be close to family.  And good friends.

Leaving is always a little bittersweet, even when there are good things ahead of you. Regardless of where we go from here, Kentucky will always be our second home.

Filed under: Things that will not happen in LA.  Paul helps deliver a baby horse.

…at USC.  We’re moving to LA.  Text from my sister: “You’ll get to live the life of Lauren Conrad!”  Thank god for a super icy winter and the Y and keeping up with Real Housewives of Beverly Hills.  At least I’ll know what to say at cocktail parties.  Maybe, if I’m really lucky, HH will be discovered at one of these cocktail parties and I can become the next Dina Lohan.

UK beat Wichita State in a big fat upset yesterday.  This means that not only is my (and everyone else’s) bracket completely effed, but Kentucky plays Louisville this coming Friday.  If you forget why this is a very big deal, see: here.

Neeeeerleeeeeens.  Because we are moving to a concrete jungle, we’ve decided that Nerlens would probably be happier staying here in Kentucky at Andrea’s farm.  It was a hard decision.  Nerlens is part of our family and Spike will be very upset.  But really, he’s a Kentucky cat.   He needs a place to hunt rats and climb trees and roll in dirt.  Plus nobody in LA will pronounce his name right. 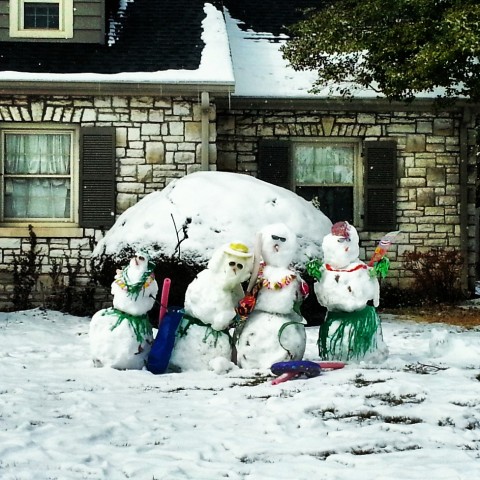 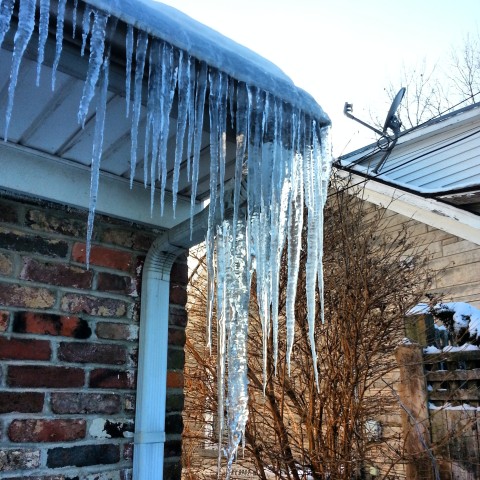 the side of our house right now

Schools have been closed for like 3 weeks this winter (poor kids are going to be in school through July).  Last Friday it was 13 degrees, but midday the sun came out for the first time in what seemed like months.  And it was spectacular.

You can’t really tell in that picture (maybe a little bit at the top of the tree), but the whole world sparkled.

Saturday Paul had to work all day, but the temps were reasonable (in the 20s) and Marsha said she would stop by and watch the baby while I went for a run.  And while it was freezing rain early in the morning, then snowing later in the morning, the roads were pretty well clear, which meant…OUTSIDE RUN!  So, out I went.

About 5 minutes in it became pretty clear that this was probably not the best idea I’ve ever had (see: here, here…).  The sidewalks were a total mess, and a lot of the side streets had not been salted or plowed and were covered what was basically 3 weeks worth of thick ice then snow then ice then more snow then more ice then nice, fresh snow. 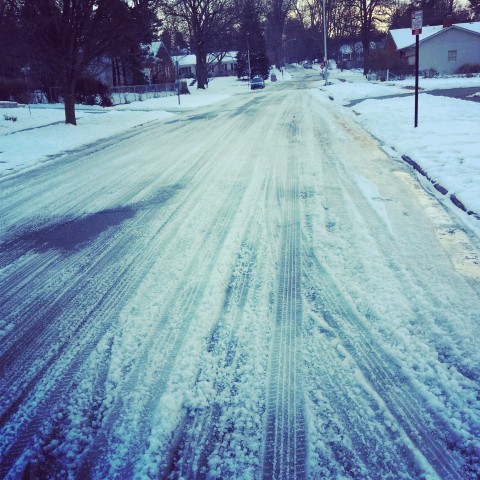 …and the snow was coming down pretty hard.

But I had someone watching the baby for an hour.  There was no turning back.

Mile by mile I ticked off what you would probably expect:

Totally bailing smack dab in the middle of the street, sliding 5 feet on my stomach while throwing my phone half a block ahead of me:  Check.

Totally bailing a second time because I never learn my lesson the first time:  Check.

Enjoying the scenery because it really is so beautiful when it snows:

Very slow going, but whatever. 7 miles in the bank.

No, duh.   At least I’ll have Claire Underwood’s wardrobe to keep me company. 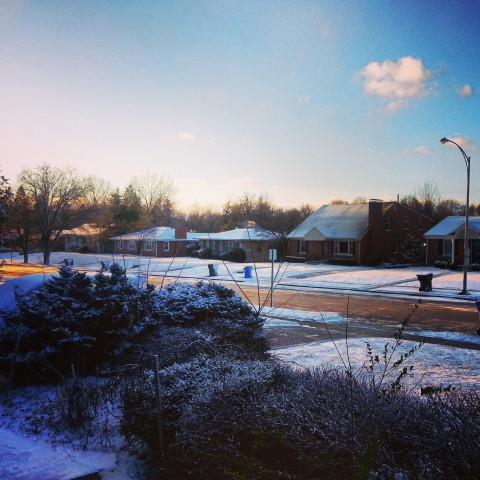 Today is arguably the most depressing day of the year.  And Kentucky (along with a lot of the country) decided to go all out for the occasion.

Yes, that is 3 degrees Farenheit.  Plus 20mph winds.  The air burns.  It hurts to breathe in.  Our front door was frozen shut this morning.  Ice on the insides of the windows.  INSIDES.  I got brain freeze walking from the parking lot to the office (not exaggerating).

BUT TODAY!  Today is the Day 1 of Week 1 of Training Plan 1 for 2014.  Run the Bluegrass is 12 weeks away from this coming Saturday, and Margaret is flying to Kentucky for it, so there’s no backing out.

And after 2 months of stop and go training, followed by weeks of painfully slow running (forcibly slow running on the treadmills is THE WORST), the shin pain seems to be under control (I’ve run for 3 weeks now sans pain), and Paul is done with interviews…I am so, so ready to get back on the post-baby horse.

I went for my run a little later than usual this morning, and the crossing guards for the local elementary schools were out.  They guarded me when I was crossing, which I thought was hilarious (because I’m not 3 feet tall) but also made my day.  It’s the little things.

The trees are out in full force. 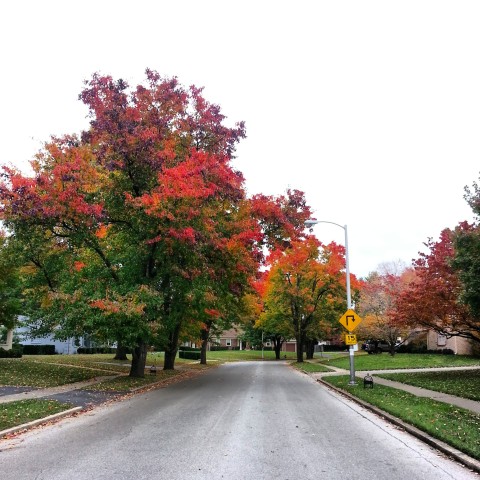 And leaves rain down on you. 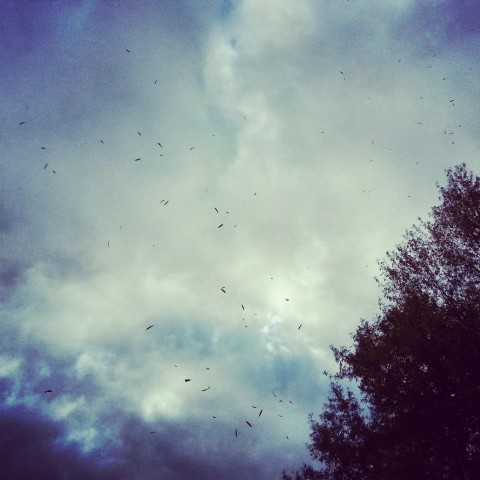 Paul is interviewing for residencies right now, and there’s a chance we’ll be back out in CA next year.  I think about that on these runs.  If we do move, I will miss running here this time of year.  A lot.

Speaking of running in the bluegrass, Margaret just sent me an email and let me know that she has registered… 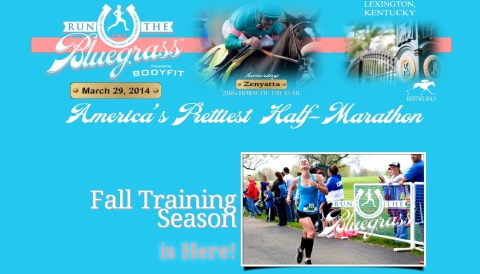 …for Run the Bluegrass at the end of March!  Guess that means two races for me this spring.  I AM SO EXCITED!

You are currently browsing entries tagged with Kentucky at Rambulatory Ambulatory.