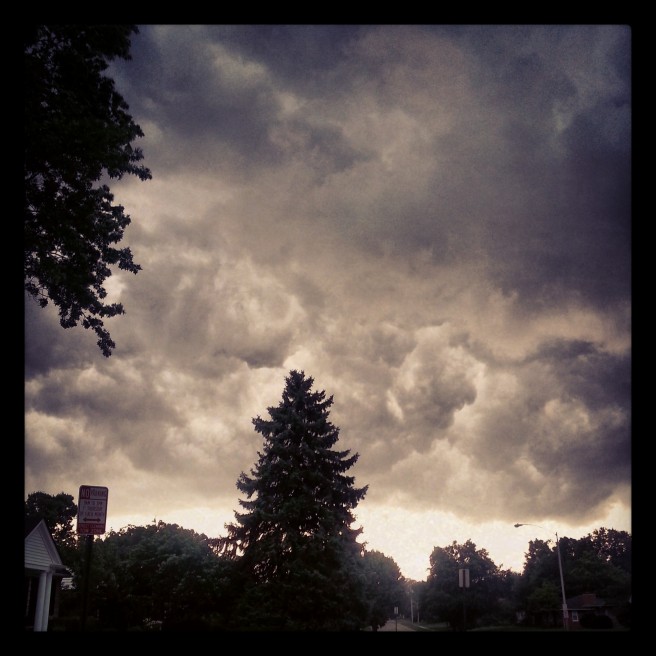 It was a dark and stormy night.  Literally.

With all the chaos with the new baby and people visiting, the past few weeks have caused us to kind of fall out of our normal routine.  So when the severe weather sirens went off one night as we were on our way out the door to dinner at the inlaws, and I thought I heard Paul say “I’m going to go put the girls away now because of the weather”, like we normally would, I shouldn’t have assumed that’s what happened.

Long story short, we realized at 10pm that no one had actually put the chickens away.  This isn’t the first time that’s happened.  Early on I was always afraid that if we didn’t put the chickens on lockdown in the coop right at sundown one of the many critters that comes out at night would get in the pen and have a feast. 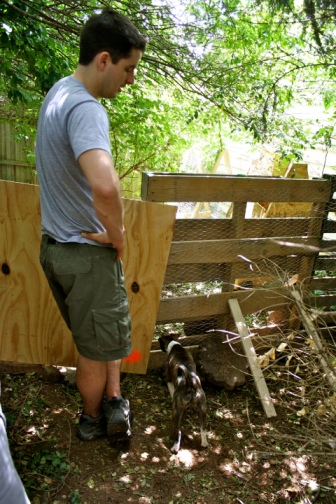 our super secure entrance to the chicken pen

But inevitably, there were a few times when for whatever reason we couldn’t get home before it got dark.  And every time they’d put themselves to bed and were fine.

This time, though.  Paul went out to put them away and came back in cursing.  And I knew.

You see, while Romy and Michele would always put themselves away, Brunhilda liked to perch on top of the coop. 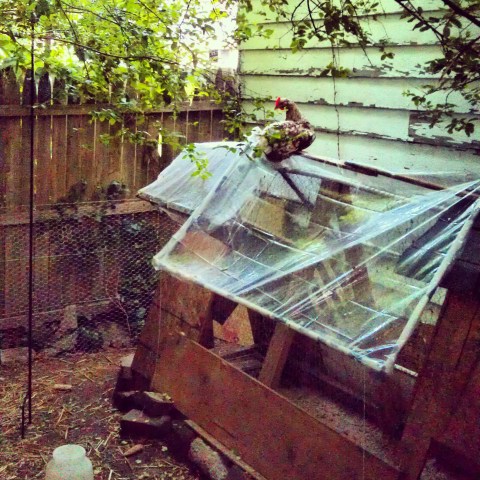 And when we’d come in to close everything up she’d jump down and run in the coop.  Sometimes if it was really late before we could make it back there, she’d make her way into the coop on her own.  But not always.

That night, apparently she decided to stay up and perch.  And something got in the pen.  And it got Brunhilda.

I’ll spare you the details, because they aren’t pretty, but there were feathers everywhere.    Romy, per usual, had put herself away and was fine, hidden inside the coop.  But poor B didn’t survive.

Even though I had kind of assumed when we got the chickens that this would eventually happen (I actually expected it to happen like the first week), we felt (or still feel) absolutely terrible.

So Paul and I headed out in the dark, in a torrential downpour with lightning flashing and thunder rumbling, to clean up the remains and put her to rest.

The next day we decided that with a newborn and Paul back at work, it probably wasn’t the best time to try to introduce a new chicken to the coop again (which, in retrospect, I realize I didn’t even cover completely the first time we tried to replace Michele with a new chicken.  Probably because it was traumatic on so many levels.  But trust me, it involves a lot of quarantining and violent pecking and can be an ordeal.) 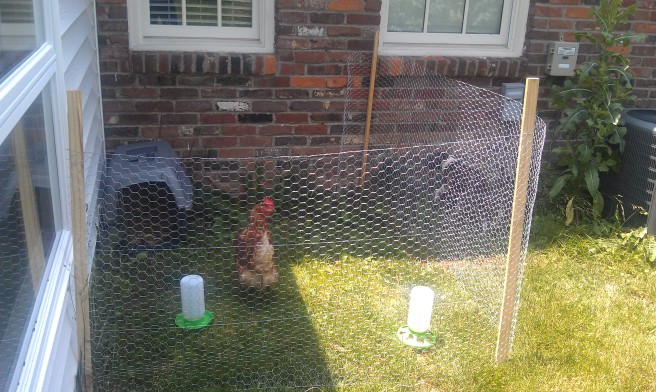 And so, after a year and a half of quality time and quality eggs, Paul drove out to the farm the next day and dropped Romy off with her old flock.

He said that dropping her off was like dropping a child for her first day at preschool.

That afternoon Paul and my dad disassembled the magical hidden chicken farm. 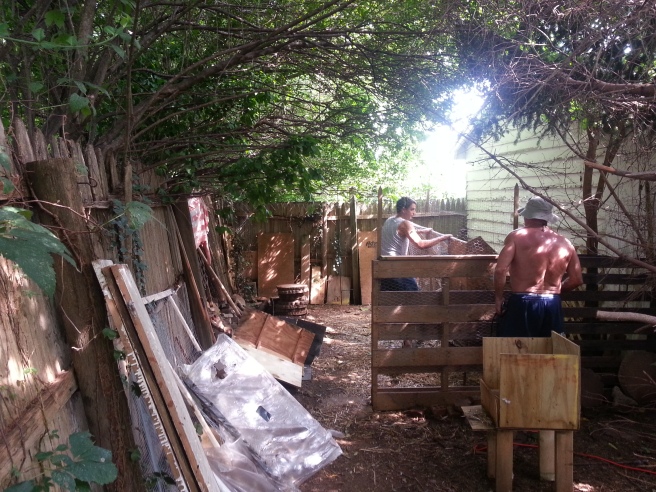 And so ends an era.  Even though it was the right decision for us, it still feels like there is a chicken-shaped hole in our lives.  No early morning clucking.  Nobody to greet you when you open the garage door.

At least we have something else to help fill it. 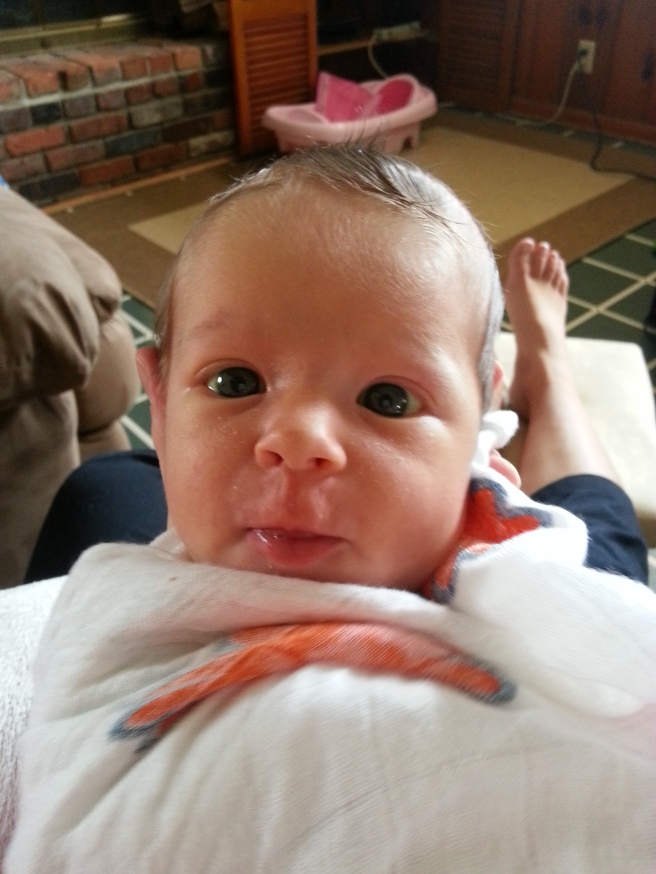 Even though she doesn’t lay eggs (fortunately).

Farewell girls.  We miss you. 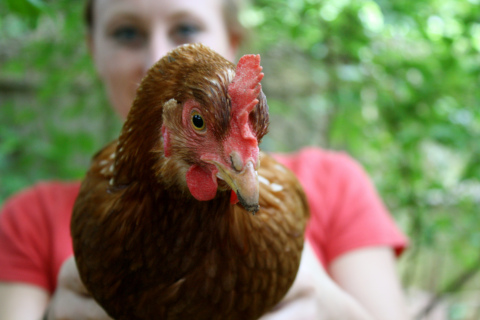 3 thoughts on “Requiem for a Chicken”