There was also the freak lightning strike that killed a person and injured 13 others in Venice last weekend.  It’s been a busy summer at the beach.

The general consensus (definitely amongst swimmers) is that the shark attack was an isolated event caused by the fishermen on the pier (the shark was hooked on a fishing line for around half an hour and was totally freaking out…which, btw, is against the law in California.  If you know you’ve hooked a shark you’re supposed to cut your line.)

I think anyone who has spent any time in the ocean has had to deal with shark issues.  The concept is so terrifying it overrides the fact that the odds of it happening are lower than any number of other freakish ways to go.  That being said, those waves of intense panic you experience when you see a shadow move under you and you’re 500 yards from shore are no joke.  So you grasp onto any coping mechanism you have, no matter how ridiculous.

This time around, my solace comes in three parts: a good friend who is very smart and successful and will be in the water with me (because she surely has better judgement than I do); Olympian Rebecca Soni is swimming it as well (because if my friend doesn’t have better judgement an Olympian FOR SURE does…right Ryan Lochte?); the fact that over 1200 people are registered, at which point it just becomes a numbers game.

But really, I am excited about the swim.  I’ve done many ocean swims in my life and sea creatures are just part of the deal.  And from what I’ve heard, the bigger thing to be worried about is the start, which used to be a mass start but is now broken up into 3 waves.  But that still means like 400 per wave. 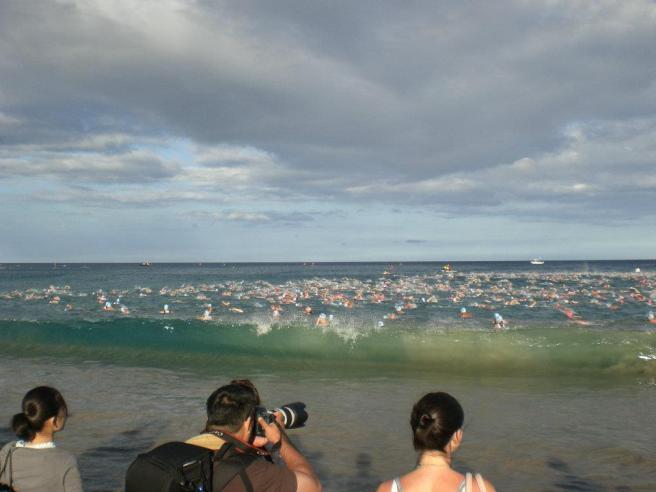 Big starts like this kind of freak me out, people get crazy.