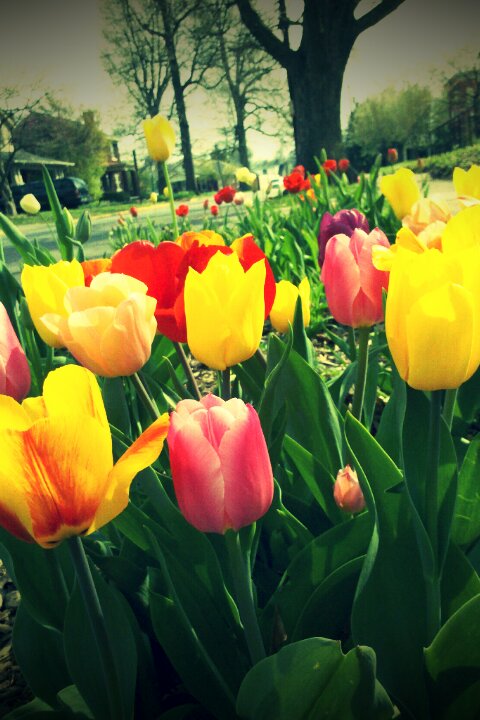 Unrelated, but there are some awesome tulips blooming on our block.

A few weeks ago we noticed that our garden was wilting due to lack of sunlight in the kitchen. 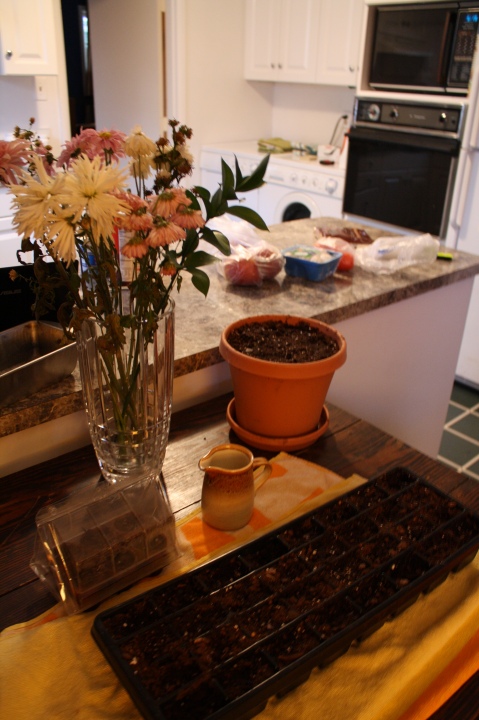 So we started putting our plants outside on sunny days. 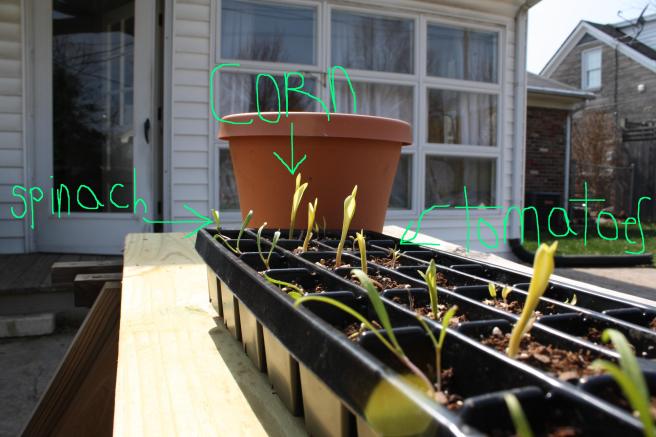 One weekend when I was out of town, Paul put the garden out on a windy day, and most of the plants died.  So we had to replant almost all of them.   That’s when Paul decided that, instead of waiting until it warmed up a little more, the answer to our problem was a greenhouse.  He found a row of lightweight shelves covered with a clear plastic cover in his parents garage.  Viola.  Our greenhouse.

We moved all the plants into the greenhouse and put it in the backyard.  As I mentioned in an earlier post, there have been quite a few tornado warnings the past week.  There may have been a few comments offered up regarding the possibility of the plastic acting like a big sail and the greenhouse blowing over…but nothing came of them.

Within 24 hours Paul was raving about the number of sprouts that had popped up.

There was one survivor.

We don’t even know what plant it is. 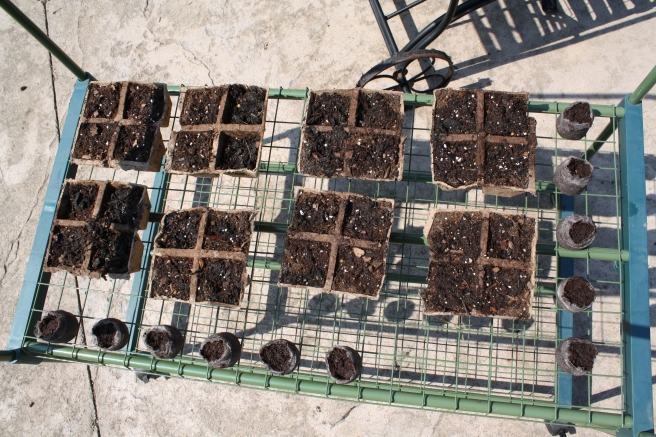 …took it down two levels, and rigged it up to the backyard lounge chair with a bungee cord and duct tape. 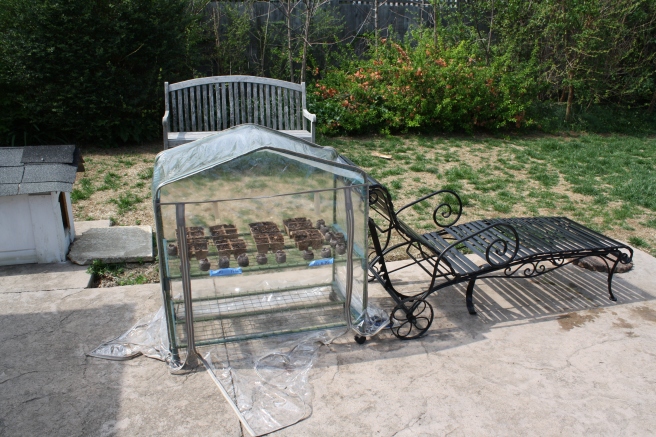 Update: Paul says the surviving plant is “definitely a corn.”

Updated Update: Paul now says he thinks the surviving plant is just a piece of grass.

Final Update: It’s confirmed, the survivor was a piece of grass.  It’s been plucked.