…and six weeks later I am finally beginning to emerge from the newborn fog.  Not that this was anything like last time.   I honestly feel like I can’t compare the two.  Not having a.) a baby that is underweight, b.) to breastfeed, and c.) to recover from childbirth have all been game-changers.  Major, major game changers.   But then again, in addition to the newborn, we also have this:

But a few things haven’t changed.  Like..lack of sleep.  Realizing at 4pm that you’re still in the same puke-covered shirt you meant to change at a 8am.  And my sudden, unprovoked, inexplicable desire, as I sit on the couch in said shirt, to sign up for a marathon.

Notice how I didn’t say RUN another marathon.  Because I clearly don’t think about what actually running 26 miles will feel like at any point during this process.

But I did it.  I signed up for another race.  The Catalina Marathon.

Some fun facts about the Catalina Island Marathon:

Some other fun facts about the Catalina Marathon: 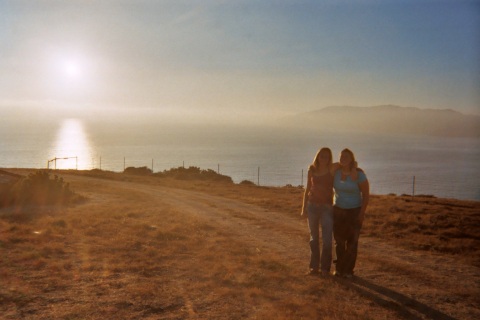 Back in the day when I was when I was young, tan, used disposable cameras, and had no idea that a breast pump was an actual thing, my sister and I worked together as counselors at a camp on the island.  Life basically looked like this: 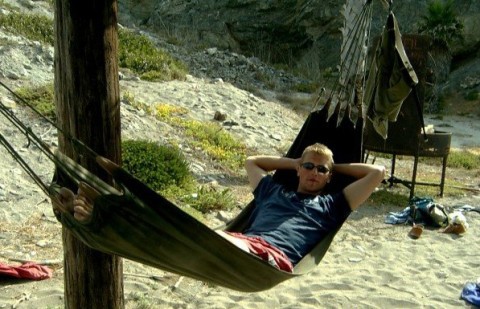 …plus skin diving and teaching kids about shovelnose guitarfish.  Which is a real animal.

Obviously it was awesome.

Now, over a decade later, we are dragging our old, busted selves back in an attempt to re-live those magical, youthful, carefree moments by running this: 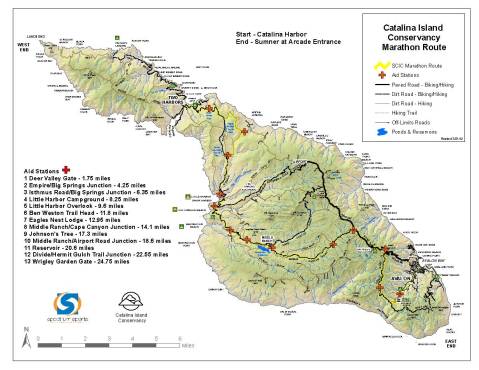 The best laid plans of mice and men…

We tried to recruit some old friends to run with us, but no one bit (weird).

But for reals, I am very excited about this.  I considered downgrading to the half when no one else would join, but in the end decided if I’m ever going to run another marathon it was going to be this one.  Yes, it will be hilly.  And hard. But it will be beautiful, and challenging, and full of memories, and I’ll be running in a place I love with my favorite running partner.  What more could you ask for.

You are currently reading Up Next at Rambulatory Ambulatory.