There is a big tree in the corner of our yard. 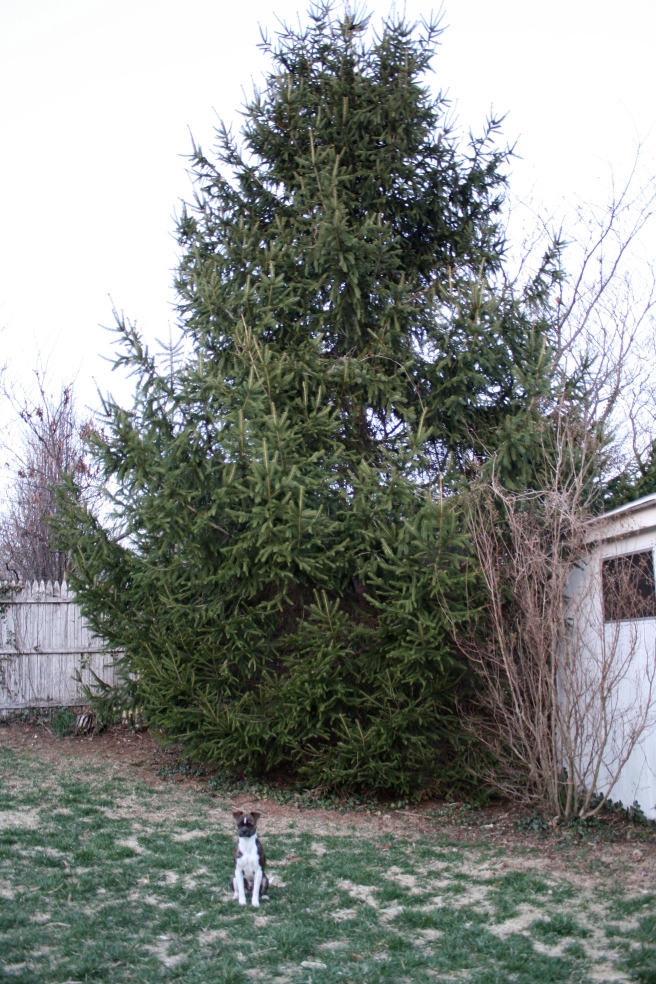 Last night Spike was going ballistic under the tree and wouldn’t come out, so we guessed he had cornered some animal under there.  I started to freak out because possums and raccoons are rabid.  And because Paul was in his boxers, I was sent outside with the head lamp to deal.

I stood next to the tree yelling Spikes name, but that did nothing.  At first glance I couldn’t see anything.  So I got down on my knees and shone the light between the branches and saw…this: 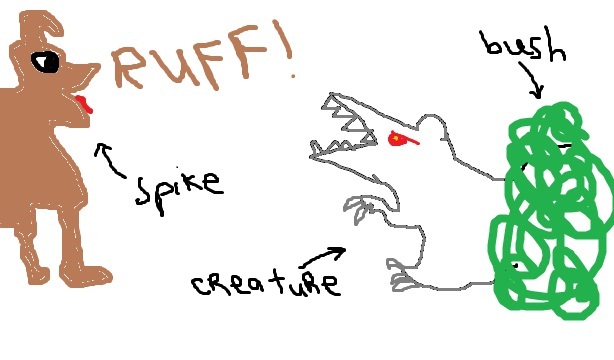 Its face was too short to be a possum, but it was almost the size of Spike (the above illustration is drawn to scale).  It was like a gigantic, hideous, deformed rat.   It was…So. Ugly.

I let out some noise between a gag and a shriek and jumped up to find a big stick/yell at Paul that he’d better get out there.  As I ran towards the corner of the yard to get a stick, Spike stopped barking and that creature started making these god awful, other-wordly screeching noises.  I started screaming “OH MY GOD HE’S EATING IT!  SPIKE IS EATING THAT THING!”

About 30 seconds later, as Paul emerged from the house shirtless in jeans with a broom, Spike came trotting out from behind the tree, like nothing had happened.  We searched him for bite marks or blood or saliva, but didn’t find anything and promptly threw him in the bathtub.  So.  Gross.  God knows what our neighbors thought was going on.

We still don’t know what that was (Paul’s mom said it had to be a possum, maybe a baby one), and this morning we went and looked outside and there was no carcass there, which means it is still roaming free.  Now every time I hear a bump in the night I think it’s that thing.  That rat on roids.  Or more likey…meth.