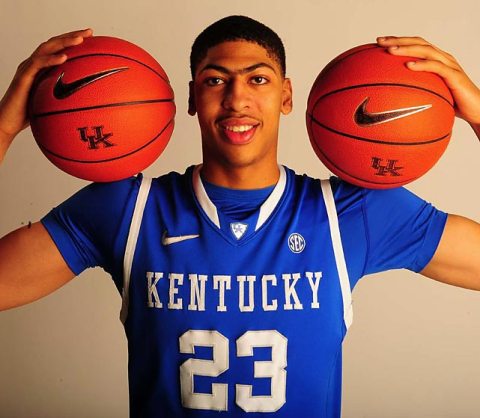 I walked by Anthony Davis in his car the other day while he was stopped at a red light.

The only reason I saw him because this (maybe) homeless (probably) drunk guy next to me on the sidewalk wearing a UK hat was screaming, “AINTHONY!  AINTHONY!!  AAAAAIIIIN-THON-YYYYY!!!!”  into the street, while his also potentially homeless, definitely toothless girlfriend standing next to him on the sidewalk kept yelling back “HE CAIN’T HEAR YOU!”

Anthony Davis really couldn’t hear him because he was bompin to some jam in his car.  So the dude  walked up to AD’s car window, which was rolled down, tapped him on the shoulder (which scared the crap out of AD) and was like, “HEY AINTHONY!  LIKE MAH HAT?”

Anthony Davis was like, what the s**t, then the light turned green and he drove away.

You are currently reading Brush with Gr8ness at Rambulatory Ambulatory.