This book is the story of Edie Sedgwick, the socialite turned Andy Warhol It Girl.  Told as montage of personal account of various people who were close to Edie and those in her circles, this book was a huge hit when it came out in the early 1980s and serves as an oral history of the pop art world of the 60s.

Going into this book I knew virtually nothing about Andy Warhol and that scene.  I read Just Kids when it first came out (so good, highly recommend), but that was it. 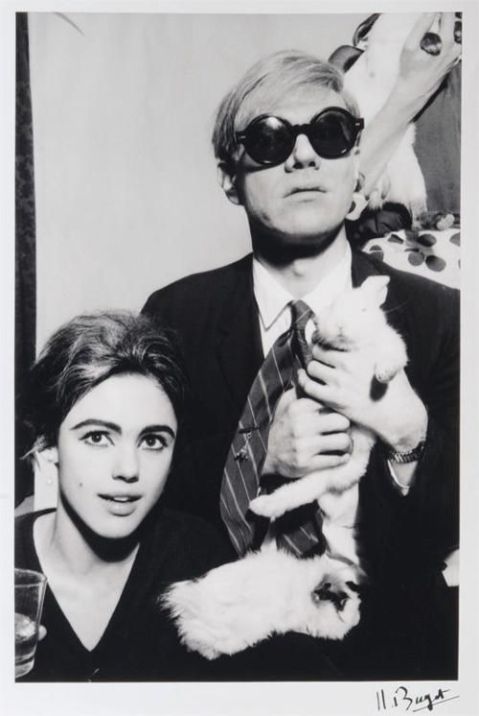 Obviously the major draw of this book is the glamour.  Even with my limited knowledge I recognized a lot of names.

It’s an interesting period and super glamorous scene, and the story of a girl making her way from a wealthy, traditional, aristocratic family into Andy Warhol’s world in New York parallels ideologies that largely defined that generation.  The rebellion, the breaking of tradition, the exploration, the escape.

And of course in addition to that there is the ugly underbelly–family secrets, dysfunctional relationships, a beautiful girl’s descent into the world of addiction that ultimately leads to a fatal drug overdose at 28.

A lot of people complained about the format of this book, how it was too disjointed, labor-intensive, and intentionally “Warhol-esque”.  It didn’t bother me.  In fact, in one of her books Gloria Steinem said, “No wonder oral history turns out to be more accurate than written history.  The first is handed down from the many who were present.  The second is written by the few who probably weren’t.”  For that reason alone I found the personal accounts to be more engaging than a straightforward narrative.

Plus the book has pictures, and they are great. 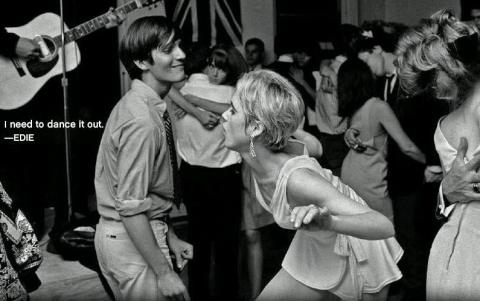 The overarching narrative is the same tragic story we’ve heard a million times. Glittery celebrity on the outside, addiction, pain, self-destruction on the inside.

Actually, now that I think about it, in some ways this book is kind of like an extended, special edition 1960s issue of Us Weekly (which I love, despite the fact I firmly believe that this type of media contributes heavily to the degradation of society…now more than ever.  And yes, I realize I am part of the problem.)   The difference, of course, being that instead of stories about the Kardashians and Real Housewives, you have icons like William Boroughs, Patti Smith, Truman Capote, Lou Reed…she even dated Bob Dylan briefly.  Which makes it feel less trivial.

But the bare bones are still the same.  And even though the actual narrative can be shallow, even boring at times, for some reason watching that inevitable descent of these larger than life people in such a “fabulous” world makes for an addicting story.

…but doesn’t it always.

“The tragedy was that along with their happiness, and their incredible appetite for life, the forces of darkness were always there, although you would never have known it: the surface looked so good.  So it was a life of extremes — paradise and paradise lost.”
~Saucie Sedgewick, Edie’s eldest sister