Battle of the Buns 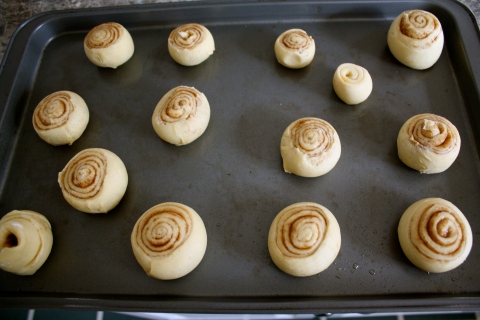 To start off, I need to mention our Xmas present this year from my parents:

I know.  It’s ridiculous and beautiful.

The day it arrived Paul decided he wanted to use it to make cinnamon buns RIGHT AWAY.  He found a recipe out of the Kitchen Aide instructional book and got to work.

This first attempt wasn’t documented, but that’s probably not a bad thing.  We used the recipe for sweet dough in the KA book for the dough, which turned out fine, but the final product was…not fine. The rolls unraveled, all the cinnamon and sugar in the middle fell out…wasn’t pretty.

Attempt #2.   This time Paul chose the cinnamon bun recipe from All Recipes.  Instructions on the recipe for how to make the dough was “throw the ingredients into a bread maker”, which we don’t have.  So Paul kind of winged it, using a modified version of instructions on how to make bread from the Book while sticking with the ingredients on the internet (yes, this attempt was doomed from the start.)  Anyway, the dough didn’t rise as much as usual, but the buns still looked promising enough going into the oven. 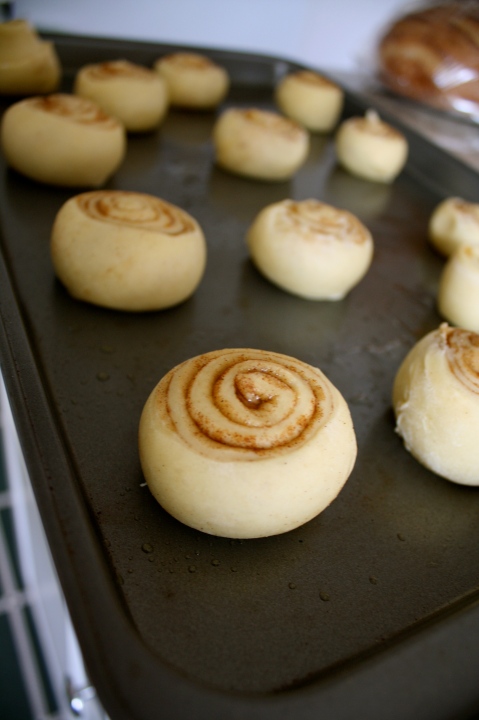 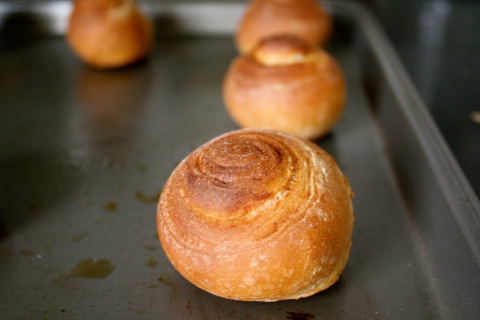 Little, hard, and turd-like.  They shrank in the oven.  What a sad excuse for a cinnamon roll.

Paul took this all very personally, and by the third attempt was on the warpath.  (Keep in mind that it takes a few hours each time you make the dough, because you have to let it sit and rise and yadda yadda a few times in addition to all the prep and baking.)  So I thought I’d do him a favor and brought in the pinch hitter: Pioneer Woman.  Because everyone knows Pioneer Woman doesn’t mess around.

Attempt #3.  We cut this recipe in half, since PW’s recipe made 7 pans of rolls, which we didn’t need.

Made the dough (this time with baking soda…interesting.)   Set it aside to rise (which it did).  Rolled it out (this time using the tequila bottle instead of wine…better shape…we need to invest in a rolling pin) and could tell right away that the dough was a completely different consistency.  Good sign.  Covered it in (lots of) melted butter, sugar, and cinnamon, and rolled it up:

Buttery sugargoo gooed out everywhere.  Then sliced them up an put them on a sheet:

Let em rise one more time for about 30 minutes, then threw them in the oven.  15 minutes later:

BOOM.  Whatever step we missed in attempt #2 was overcome this round.  These things are HUGE.  Since we didn’t have any maple syrup for PW’s recipe, we whipped up one of the first “cinnamon bun icing” recipes we found online.

The icing turned out a little fluffier than expected (it’s more of a cream cheese frosting recipe, less of a glaze.)   But oh my god.  The final product is DE-LI-CIOUS.  Super doughy (we probably could have stood to leave the buns in the oven a little bit longer, I have a feeling the bigger buns might be a little uncooked in the middle) but with all that butter and sugar who cares.  Doughy deliciousness.

…which means I have to get them out of the house STAT.  Time to start pushing baked goods on my coworkers.

LESSONS:  nailing the dough is the key to good buns;  throwing some melted butter in the middle along with the sugar and cinnamon (which many recipes don’t call for) helps hold the rolls together (even without the frosting); be liberal in your use of cinnamon and sugar (and butter); I love Pioneer Woman.

Now, on to meringue. 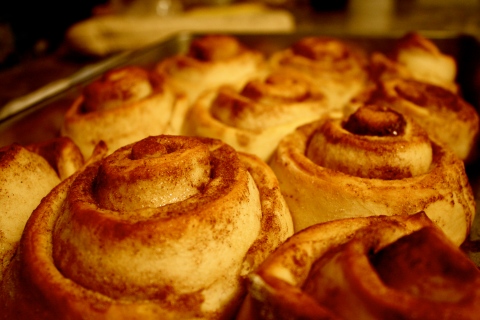 § 5 Responses to Battle of the Buns

You are currently reading Battle of the Buns at Rambulatory Ambulatory.